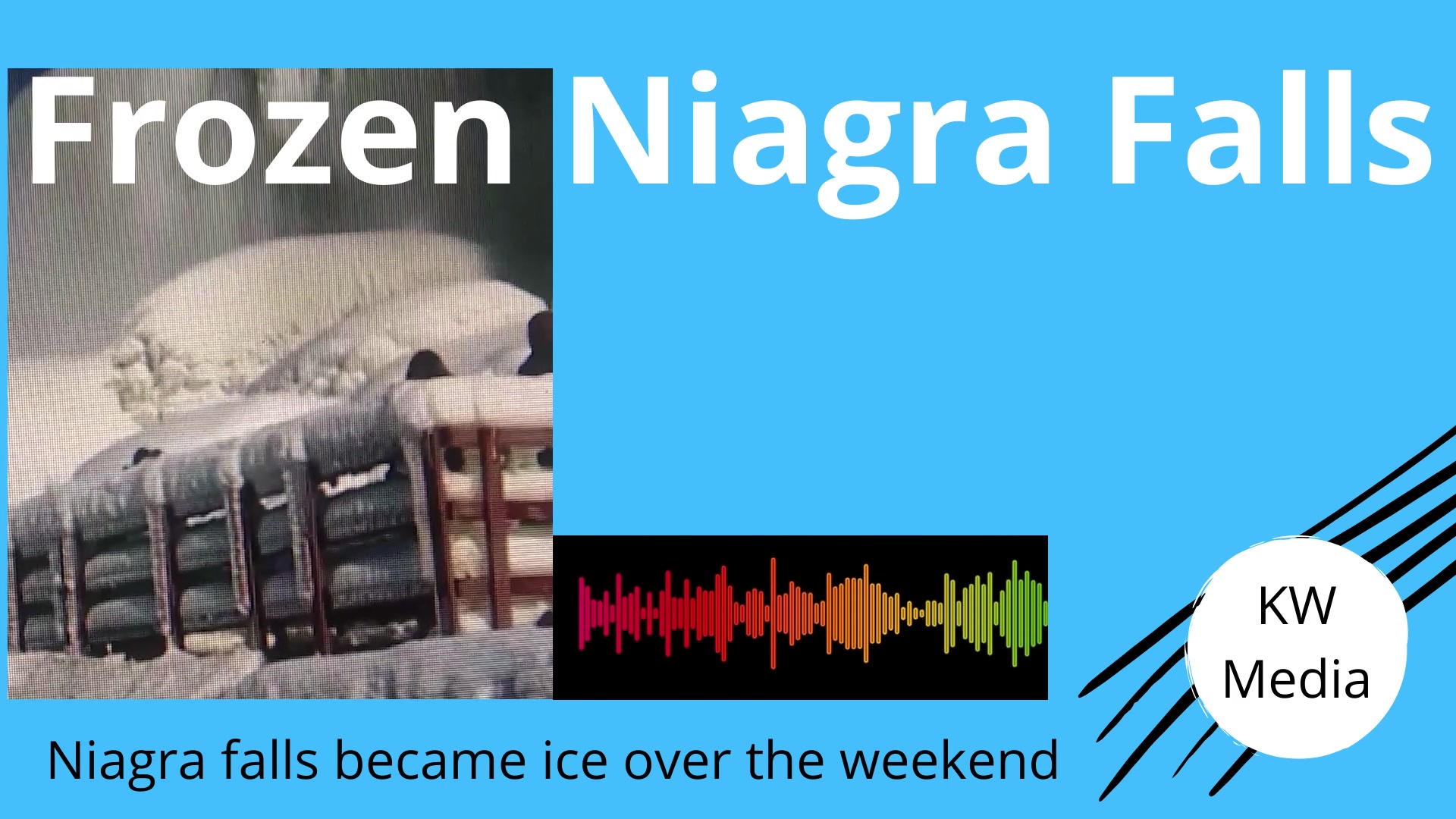 According to Yahoo News

Niagara Falls is a powerful force of nature, but it’s still at the mercy of winter weather. Temperatures plunged across North America in February 2021, causing the falls on both sides of the United States-Canada border to partially freeze over.

As you can see from the video February 21 thick ice formations coated the iconic waterfall over the weekend. Spectators were treated to an incredible sight when a rainbow appeared over the frozen landmark. The scene looks like something out of a winter fairytale.

Note- The Falls do not totally freeze due to the force of water pressure. Once in recorded history the falls DID freeze due to a back up of flow caused by Lake Erie. Steel buffers have been installed since the 1960’s to keep that from happening. KyleWMedia.com